Marin's depressurised tank was built in the 1960s and is used for testing ships and offshore structures in realistic (scaled) operating conditions by reducing the ambient air pressure during tests. In 2011, as part of a €17m upgrade, Edinburgh Designs won the contract to install the wavemaking equipment. Wave machines have never been installed in a depressurised test facility of this scale as the tank was 260m long with over 1m thick concrete walls.  Marin required paddles not only at the end of the towing tank, but also along the side to generate beam waves during towing tests.  The resulting machine has 224 paddles of two different sizes; this, combined with the depressurised conditions, made this one of the most challenging projects Edinburgh Designs has completed to date. 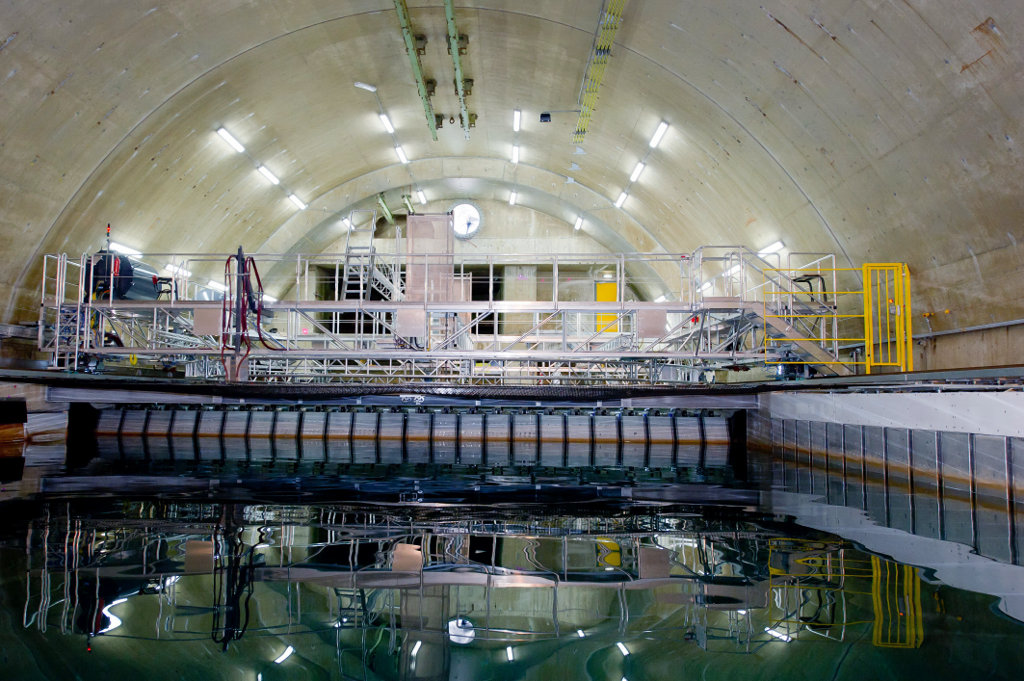 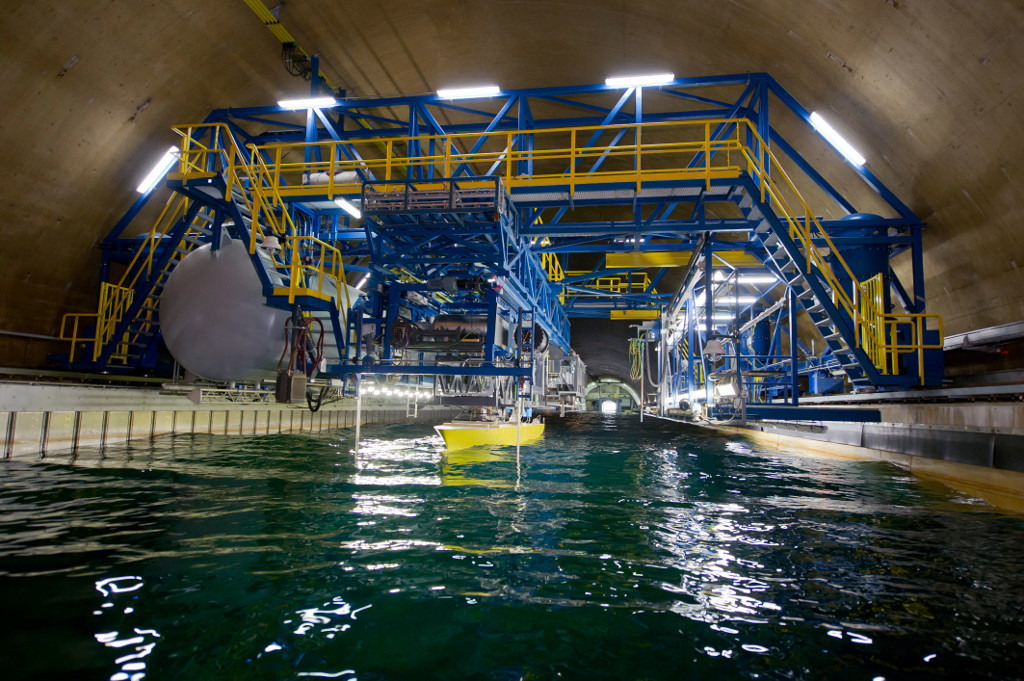 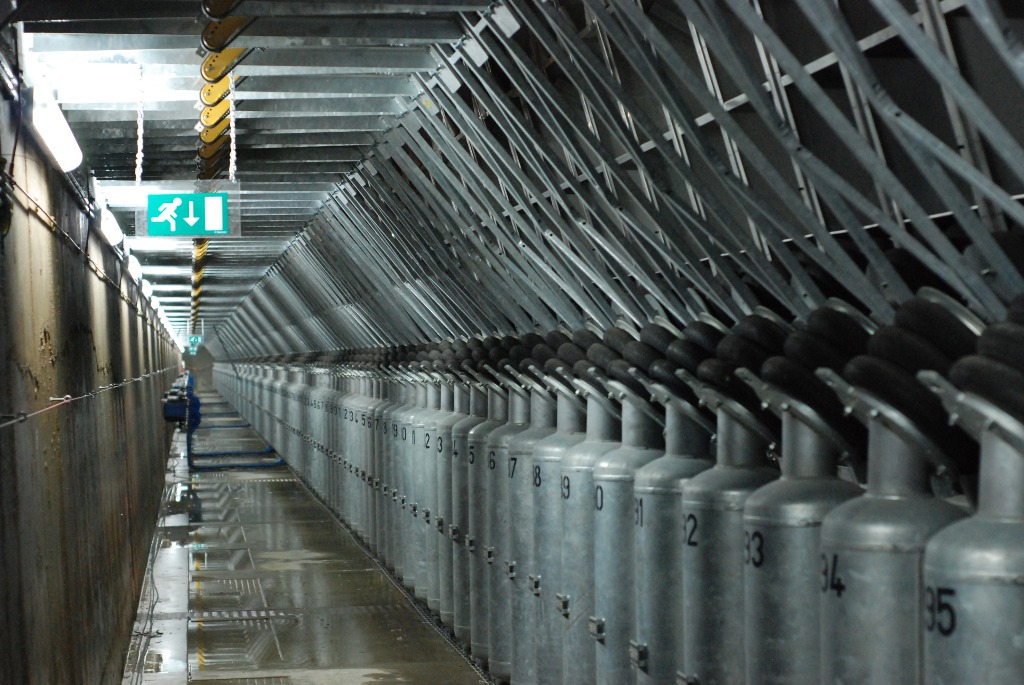 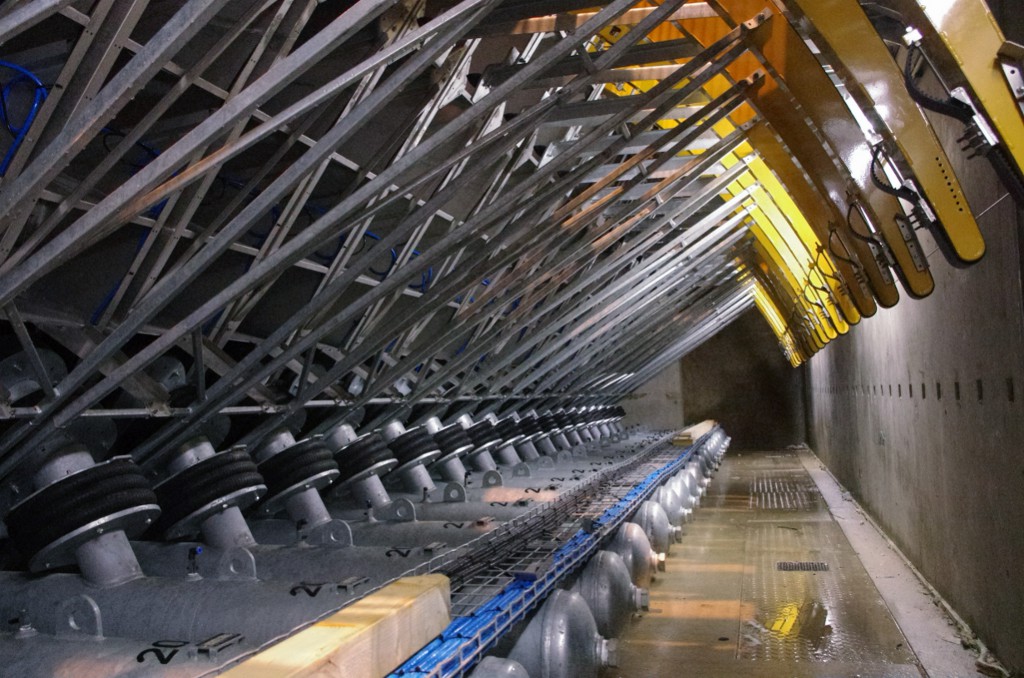 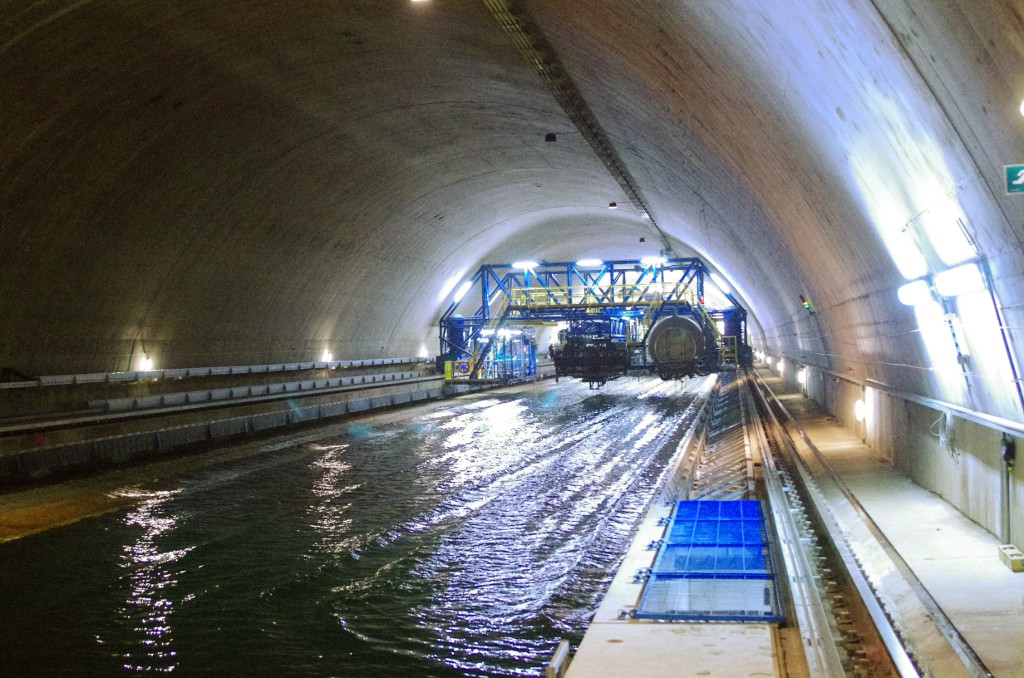